Plus Size Revolution: How Ulla Popken Tap Into The $9 Billion Missed Opportunity

FASHION - WOMEN CLOTHING - FASHION & NEWS Published On: October 16, 2018
It is observed that most apparel makers focus on a traditional market. While doing so, they overlook the fact as to how other segments have the potential to earn them big profits. Plus size clothing is one such category which has been neglected by major cloth makers in the country. According to the 2014 study, the plus size women form a sizeable chunk of women population in the US, yet many retailers don’t cater to this important market demographic. 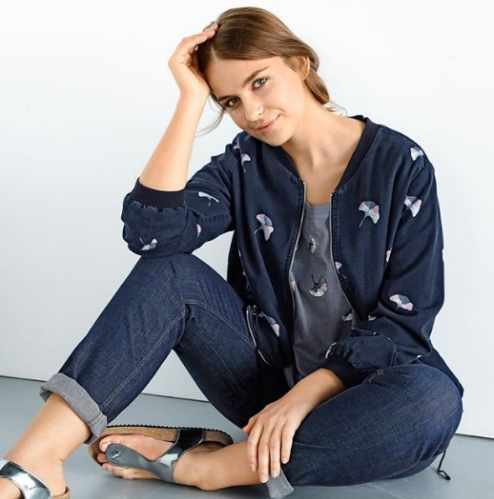 It's not about what size you wear. It's about how you wear your size.
Despite voices raised from some quarters, retailers largely remain immune to addressing this $9billion market segment. Seeing the opportunity on the wing, Ulla Popken took the initiative and began offering customers unique designs to plus size customers. Here is more on how Ulla Popken’s jump into plus size clothing can potentially turn the fashion tide:

With most retailers not keen on keeping plus size apparels to their collection, Ulla Popken was willing to take the challenge head on, but it was far from a smooth ride. For starters, finding investors to support the campaign proved to be a challenge. In a segment that was prone to bring out losses, finding investors is often difficult. Without outside investment, the company took Ulla Popken not only provides plus size garments in different categories, but they are also making decent profits on the lineup. This goes against a common misconception that plus size clothes are expensive to make but sell at the same price, giving companies’ very slim profit margin if any. Some retailers believe that the cost of producing plus size apparels leaves little to no profit for the seller. With materials being the single largest portion of garment’s price, other changes like financial, personal decisions, all costs a lot of money before the retailer make any profit.

On the one hand, the market was less than forthcoming to accommodate plus size apparels, but on the contrary, plus size clothing market was rising at an alarming pace. The big picture was becoming clearer, as the demand was there, and so were the customers, but retailers were reluctant. In other words, the market was not willing to venture into the uncharted territory. Despite an apparent demand, retailers were unwilling to fill their shelves with plus size apparels. However, by 2016, the market was rising at 17% annually, but clothing retailers had other ideas. With most of their money going into electronics rather than apparels, the $9billion market opportunity had now gone to $17.5 billion and grew but remained unnoticed. This lead to Dana Drew filing a petition, urging Victoria’s Secret to keep stocks of plus size apparels, the fate of which is yet to be seen. Usually, plus size clothing ranges between sizes 14 to 34, but these were rarely available at most outlets. Ulla Popken took the initiative and kept persistent with selling plus size clothes. As there were no takers, the company sold fewer clothes than they anticipated. For two years, the company continued suffering losses on plus size apparel stocks. 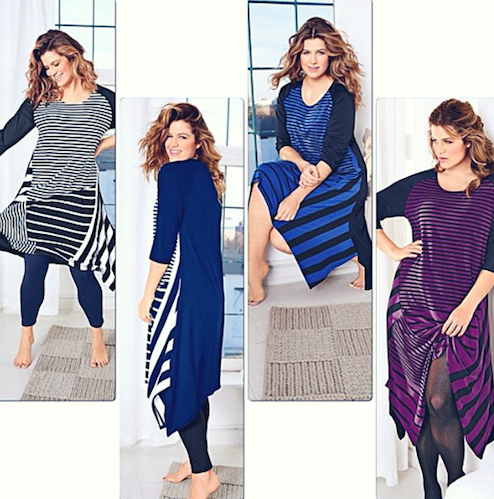 Confidence will make you happier than any diet ever will!
Their persistence to selling plus size clothes kept unharmed, and despite losses, the company continued selling. They have a comprehensive clothing line with several categories and designs lined up for customers. With Ulla Popken making huge inroads into the market of plus size apparels, experts are anticipating a revolution in the retail market. With up to 67% of apparel purchasing population being plus size customers, the garment industry is about to witness changing trends and fashion commentary. Thanks to retailers like Ulla Popken, fashion experts are looking away from traditional skinny fashion trends, rather expecting something that is becoming the future trend in the industry.

The CEO Thomas Schneider was instrumental in turning the company’s fortune. In 2008 Astrid und Thomas Schneider took over the management of Ulla Popken. He mixed traditions with revolutionary ideas to stir the position of his business. It was his idea to take selling plus size apparels online. He believes that if things didn’t work out one way, start all over and change the way. To make an impact in online selling, Ulla Popken joined hands with Social Annex, a social e-commerce platform, and e-business solution provider. Within 60 days, the fortune began to turn around. Now, the company began to experience the power of online selling and with bonuses, coupons and gift cards, Ulla gathered around 65,000 customers through their online marketing campaigns. With Social Annex’s online save and share tool, the company offered shoppers up to 20% for sharing on Twitter, email or Facebook. The company collected $16000 as a result of these visits. With more users’ likely visiting Ulla Popken pages each day, the revenue is only going upwards. The share and save online campaign also drew qualified peer referrals with up to 17% conversion rate. 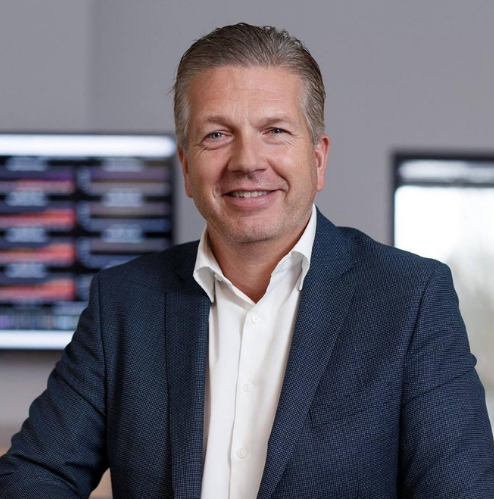 C.E.O Thomas Schneider
The online campaign is providing knowledge to the company about which actions help the most increasing conversion rates. Additionally, this approach also lets the company knowing about more trending ways that help intrigue shopper’s interest.

In its attempt to sell products to online customers, Ulla Popken endorsed an online strategy of discounts and coupons. Customers looking to buy plus size clothes can enjoy deep discounts through coupons available on coupon websites like this dedicated clothing platform -  ClothingRIC and others. Customers can find up to 40% Ulla Popken discount codes on different apparel deals and receive up to $50 on a variety of plus size garments from Ulla Popken. Moreover, enjoy a rare chance to get up to 70% off different types of sale collection. 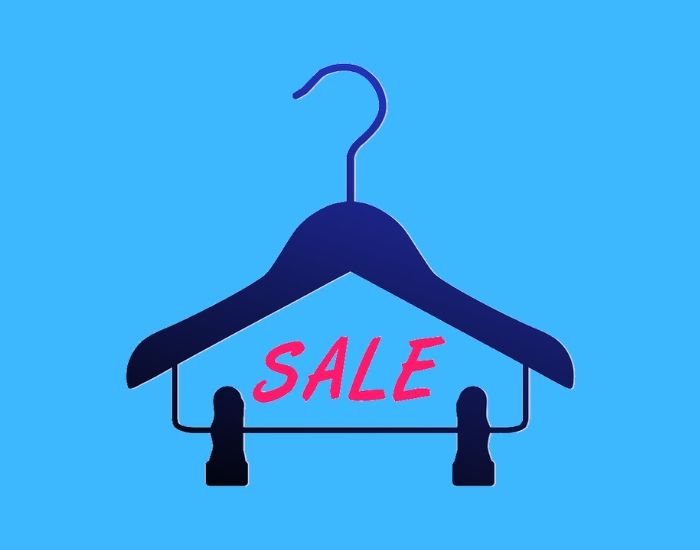 If You Are Not Taking Care Of Your Customer, Your Competitor Will.
Moreover, Ulla also-ran social media campaigns to engage and rope in new customers efficiently. By signing up for coupons, the users have a chance to win big discounts on different schemes. There is an opportunity to like Ulla Popken’s Facebook page and get a bonus of up to $250. Also the company

A Swelling Revolution In The Making

Thanks to the plus size clothes are becoming trendy; the garment industry is in for a revolution. With several retailers now willing to venture into the unmapped territory, the plus size clothing is about to experience a significant market shift. Clothing trends that once considered skinny and tight fit clothes as a means to earn more profits are now welcoming plus size clothes and its varieties.

Be Your Biggest Fan
Suffice to say that the industry is willing to take a mass shift from its traditional norm, and the credit for creating this change in trends and tapping bravely into an unwelcomed niche must go to the CEO Thomas Schneider who turned a struggling clothing retailer into a 320 store big profit salvaging business. 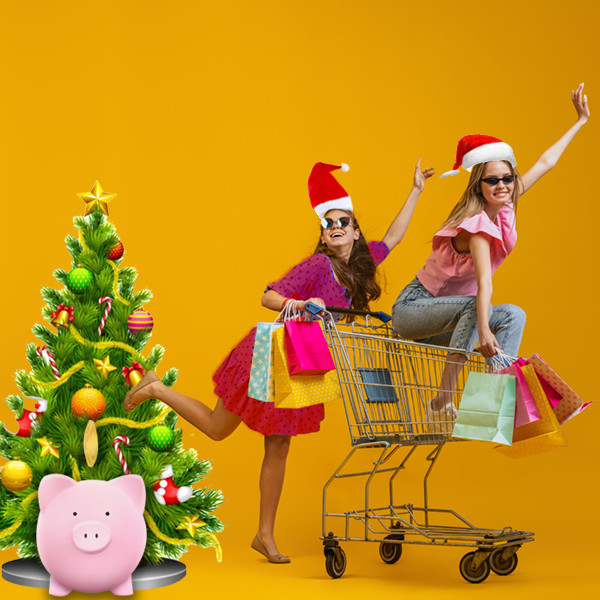 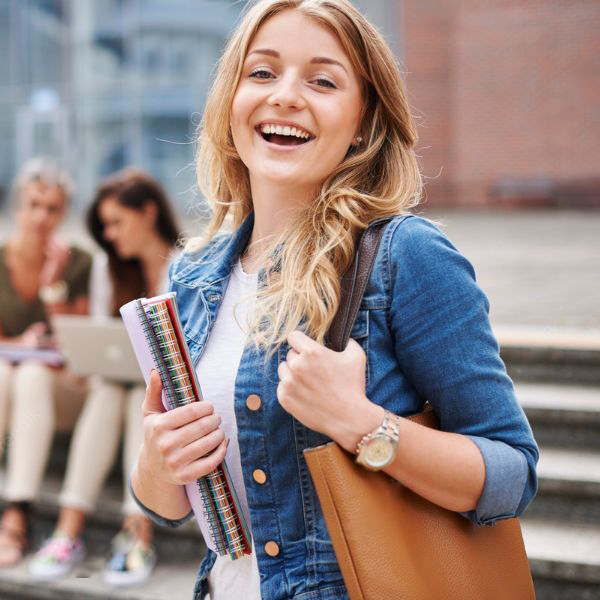 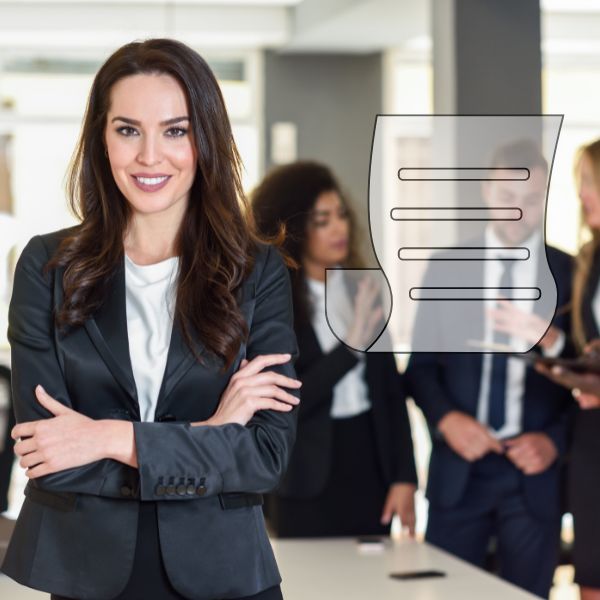 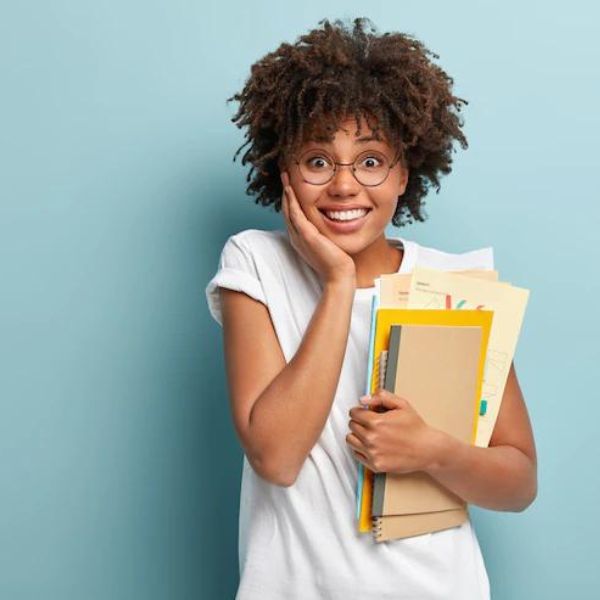 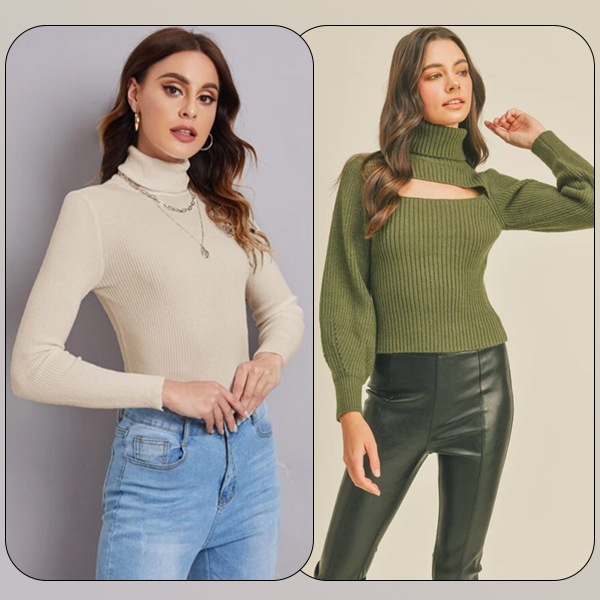 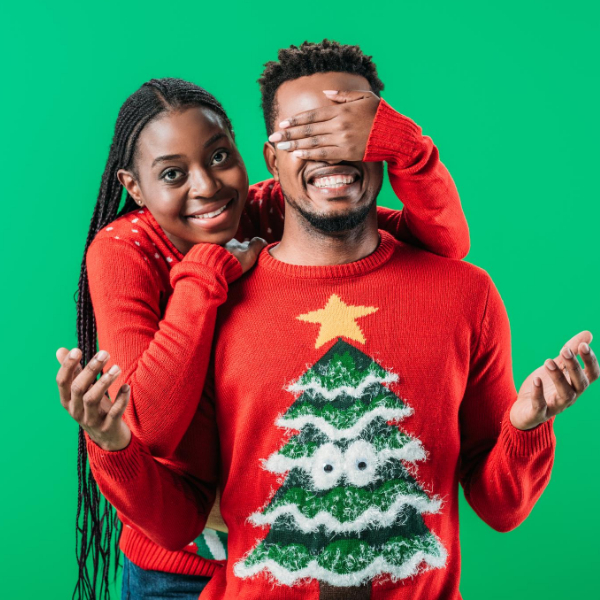 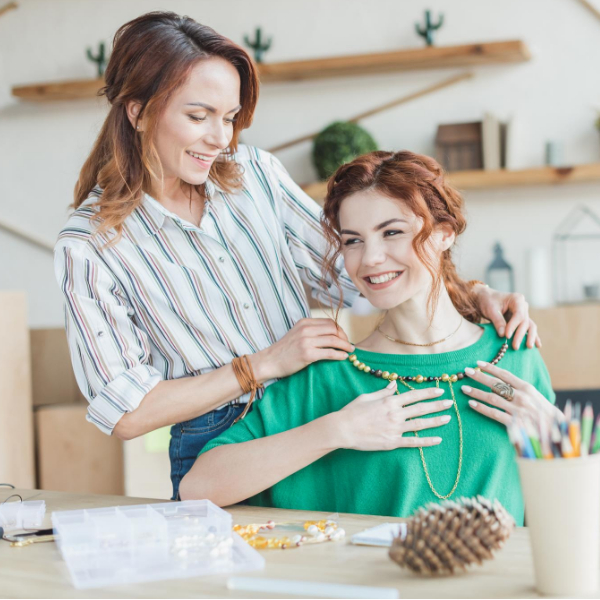 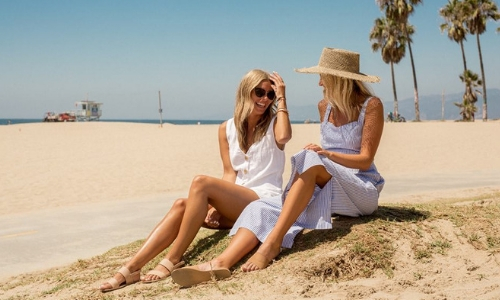 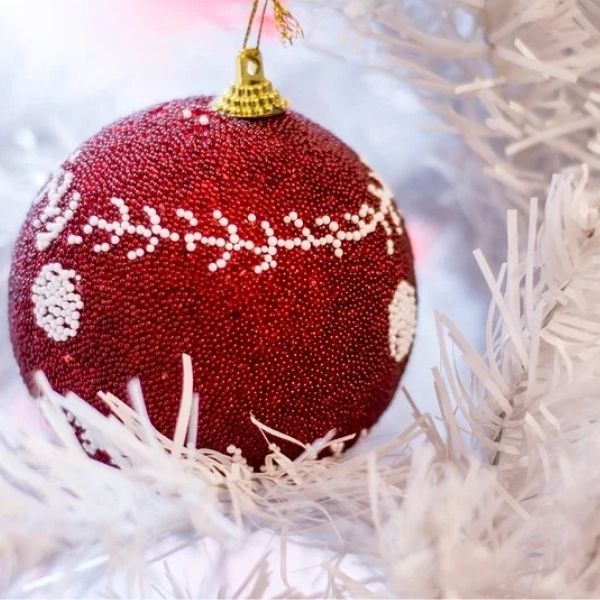 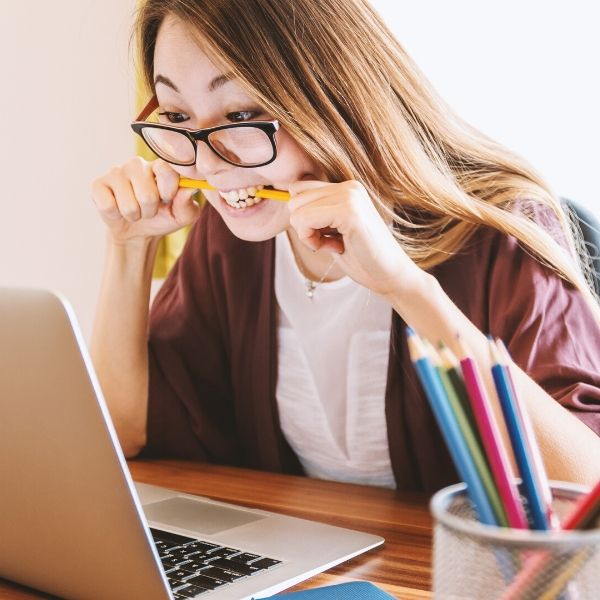 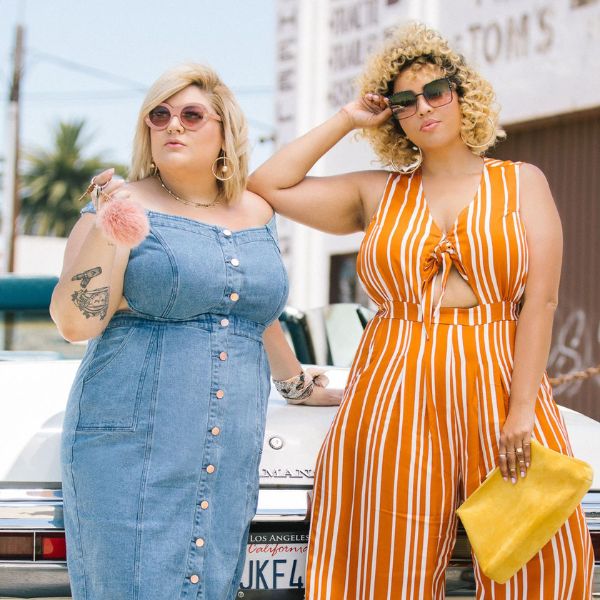 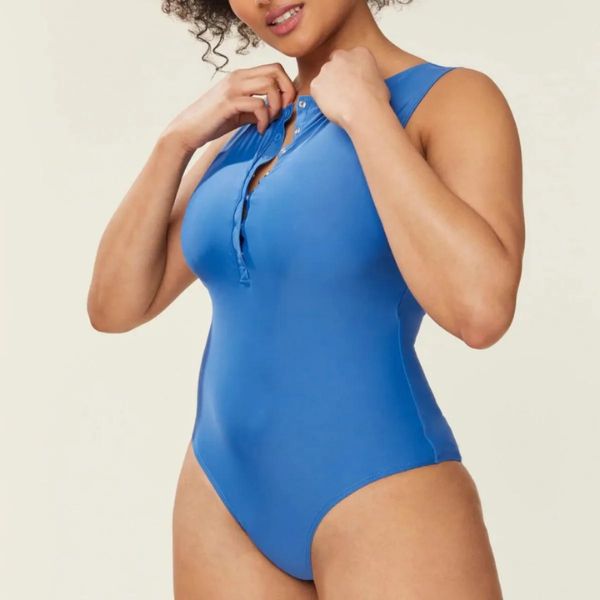 Swimwear-Looks Extraordinary When Paired With Bottoms